How to Create Partitions in Linux

Home » Bare Metal Servers » How to Create Partitions in Linux

Creating disk partitions enables you to split your hard drive into multiple sections that act independently.

In Linux, users must structure storage devices (USB and hard drives) before using them. Partitioning is also useful when you are installing multiple operating systems on a single machine.

In this step-by-step tutorial, you will learn how to create a partition using the Linux parted or fdisk command. 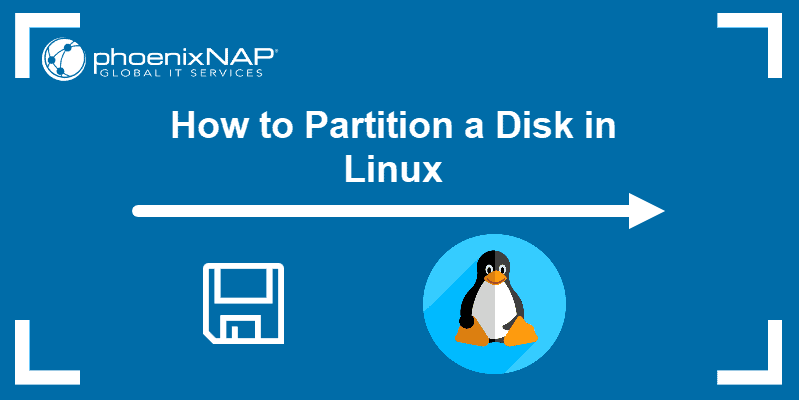 Follow the steps below to partition a disk in Linux by using the parted command.

Run the following command with sudo to list storage devices and partitions:

The terminal prints out available storage devices with information about:

Partitions types can be:

In our example, there are two storage devices (/dev/sda and /dev/sdb): 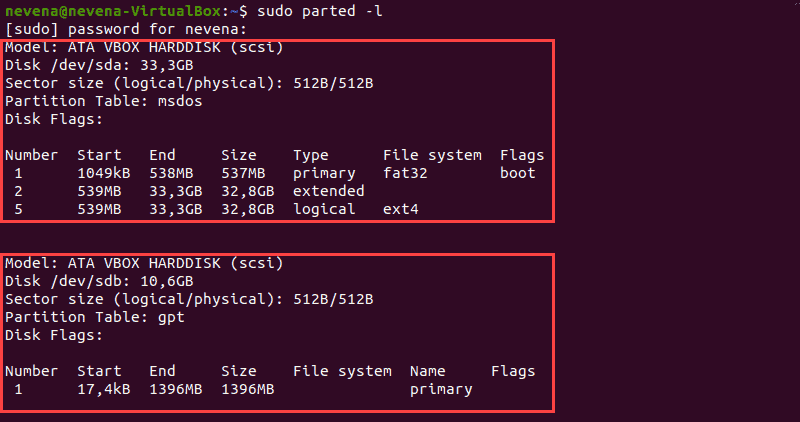 Note: The first storage disk (dev/sda or dev/vda) contains the operating system. Creating a partition on this disk can make your system unbootable. Only create partitions on secondary disks (dev/sdb, dev/sdc, dev/vdb, or dev/vdc).

Open the storage disk that you intend to partition by running the following command:

Always specify the storage device. If you don’t specify a disk name, the disk is randomly selected. To change the disk to dev/sdb run:

The dev/sdb disk is open:

The create a partition table, enter the following:

For example, to create a gpt partition table, run the following command:

Run the print command to review the partition table. The output displays information about the storage device:

Note: Run help mkpart command to get additional help on how to create a new partition.

Let’s make a new 1854MB-partition using the ext4 file system. The assigned disk start shall be 1MB and the disk end is at 1855MB.

To create a new partition, enter the following:

After that, run the print command to review information on the newly created partition. The information is displayed under the Disk Flags section:

To save your actions and quit, enter the quit command. Changes are saved automatically with this command.

Note: The “You may need to update /etc/fstab file” message signals that the partition can be mounted automatically at boot time.

Follow the steps below to partition a disk in Linux by using the fdisk command.

Run the following command to list all existing partitions:

The output contains information about storage disks and partitions: 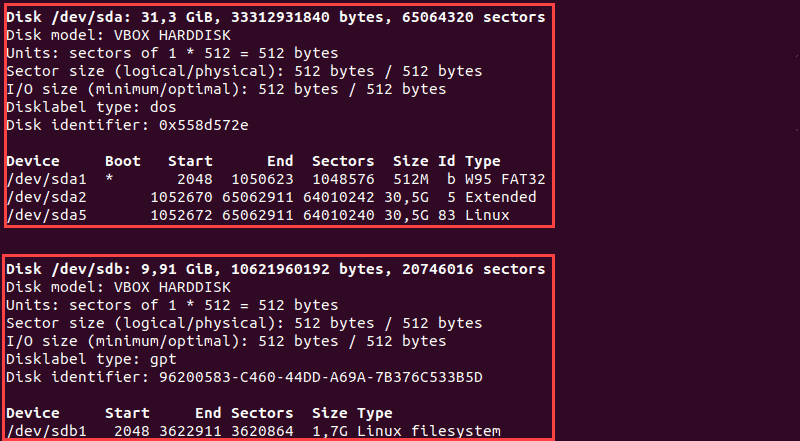 Select the storage disk you want to create partitions on by running the following command:

The /dev/sdbstorage disk is open:

1. Run the  n command to create a new partition.

2. Select the partition number by typing the default number (2).

3. After that, you are asked for the starting and ending sector of your hard drive. It is best to type the default number in this section (3622912).

A message appears confirming that the partition is created.

The system created the partition, but the changes are not written on the disk.

1. To write the changes on disk, run the w command:

2. Verify that the partition is created by running the following command:

As you can see, the partition /dev/sdb2 has been created. 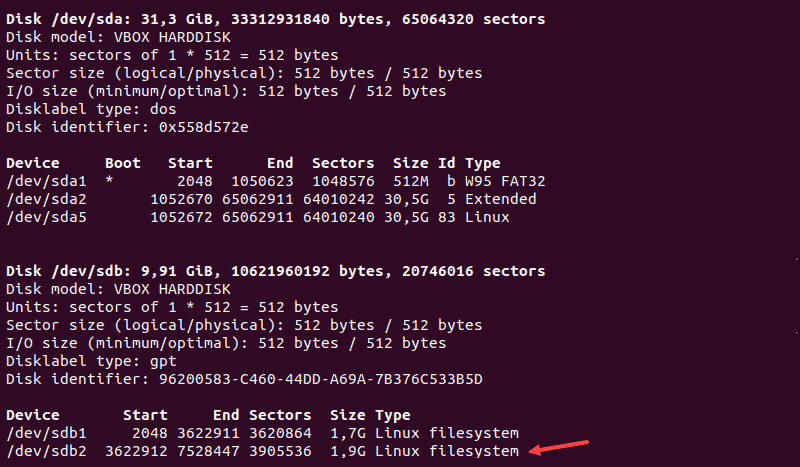 Once a partition has been created with the parted of fdisk command, format it before using it.

Format the partition by running the following command:

Note: Check out our guide and learn how to format and mount disk partitions in Linux using ext4, FAT32, or NTFS file system!

To begin interacting with the disk, create a mount point and mount the partition to it.

1. Create a mount point by running the following command:

2. After that, mount the partition by entering:

The terminal does not print out an output if the commands are executed successfully.

3. Verify if partition is mounted by using the df hT command:

After following this step-by-step tutorial, you should have a better understanding on how to partition a disk in Linux by using the parted or fdisk command.

Nevena Pavlicic
Nevena Pavlicic is an aspiring Technical Writer at PhoenixNAP with experience in writing user manuals and blog posts. She has always enjoyed researching and building knowledge on cutting edge technologies, but she is also passionate about simplifying complex concepts.
Next you should read
Security SysAdmin
How to Use the sudo Command in Linux
sudo stands for SuperUser DO, and it's used to temporarily elevate privileges in Linux. This guide will show...
Read more
Security SysAdmin
How to Change File Permissions Recursively with chmod in Linux
Setting file and directory permission properly is important in multi-user systems such as Linux. You can set...
Read more
SysAdmin Web Servers
How to Install Ubuntu 20.04 LTS Desktop (Focal Fossa)
This article helps you install Ubuntu 20.04 on your machine. The latest Ubuntu Focal Fossa was released on...
Read more
SysAdmin Web Servers
How to Install CentOS 8 {with Screenshots}
Since there is no way to upgrade from CentOS 7 to CentOS 8, users need to go through the entire installation...
Read more
© 2021 Copyright phoenixNAP | Global IT Services. All Rights Reserved.